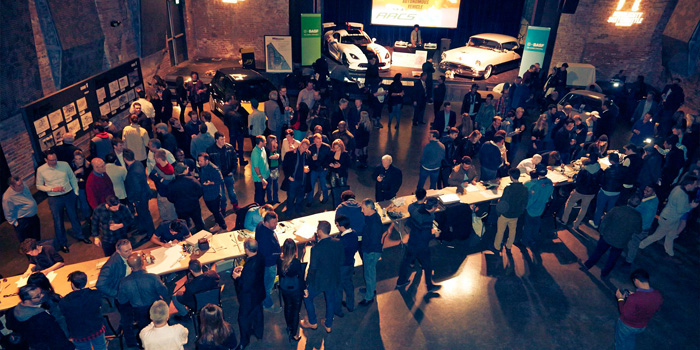 Casey Swanseger, designer at a Detroit automotive OEM, and Ian Bass, student at the College for Creative Studies, won the 2017 Middlecott Sketch Experiment presented by BASF. 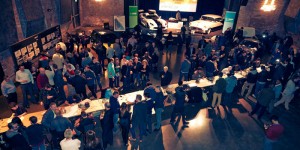 Casey Swanseger, designer at a Detroit automotive OEM, and Ian Bass, student at the College for Creative Studies, won the 2017 Middlecott Sketch Experiment presented by BASF. For the first time, winners were selected in both a professional and amateur category, with Swanseger winning the professional, and Bass taking the amateur category.

Introduced in 2012, the experiment is Detroit’s first-ever “Fight Club of Design,” an underground automotive industry event developed to identify emerging design talent. The event coincided with the North American International Auto Show, and is an automotive sketching competition where contestants battle for the championship. A record number of 17 contestants competed under pressure, in front of an audience in a timed, three-round, boxing-themed setting.

“Sketchbattle is an incredible event that brings emerging industry designers together to showcase their talent in creating novel exterior and interior concepts in a fun and competitive arena,” said Paul Czornij, head of design for BASF’s Color Excellence Group and Sketchbattle judge. “This is the future of automotive styling potential.”

“It was pretty cool to win. I really wasn’t expecting it,” said Swanseger. “I tried to tune everything out while I was sketching. The event has an artsy feel.”

During the final round of the competition, contestants were asked to incorporate a compelling color concept into their drawings.

“This year we asked the participants to think along similar lines as BASF to see color as part of the overall vehicle design,” said Czornij. “The final results were very inspirational.”

Advertisement
In this article:BASF, Detroit, Middlecott, Sketchbattle
Print
Up Next:

AASA Vision: What Will The Aftermarket Look Like In 2035?
Connect with us