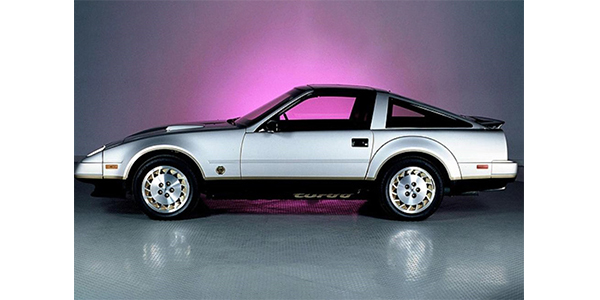 According to Barrett-Jackson Chairman and CEO Craig Jackson, Japanese imports are capturing the attention of Gen Xers looking to finally drive the dream car of their younger years.

The Barrett-Jackson collector car auctions announced it will offer an enviable selection of Japanese performance cars during the 17th Annual Palm Beach Auction, April 11-13, all at No Reserve. According to Barrett-Jackson Chairman and CEO Craig Jackson, Japanese imports are capturing the attention of Gen Xers looking to finally drive the dream car of their younger years.

Highlighting this import segment of the collector car market at Palm Beach will be a 2012 Lexus LFA (Lot #742), one of only 500 built, and one of only 170 of these naturally aspirated 4.8-liter V10 juggernauts allocated to the U.S. market.

“The increasing popularity of performance imports is one of the hottest trends in collecting,” said Jackson. “Earlier this year in Scottsdale, the first production 2020 Toyota Supra sold for a staggering $2.1 million for charity, followed up with a 2012 Lexus LFA that sold well into the six figures. The demand for imports is largely being driven by bidders who were born in the 1960s and ʼ70s and now have the means to afford the vehicles of their youth. For those in the market to relive their childhood, we’ll have an incredible selection of imports in Palm Beach.”

Two Toyota Supras are among the most anticipated exports that will cross the block during this year’s Palm Beach Auction. The first, a 1993 Toyota Supra Liftback (Lot #353) is powered by a twin-turbo 3.6-liter inline-6 engine mated to a 6-speed manual transmission originally sold in Japan. The second is a 1994 Toyota Supra Turbo Liftback (Lot #680.1), which is a two-owner, all-original MK.IV twin-turbo version. It’s powered by a 3.0-liter 6-cylinder engine backed by a 4-speed automatic transmission and only has 45,127 original miles.

“We build our dockets to reflect the demands of our buyers,” said Steve Davis, president of Barrett-Jackson. “The desire for import collector cars is stronger than ever, which is why our team is including more performance imports, like the Toyota Supra and Mitsubishi 3000GT. These cars represented a rebirth of performance in the 1990s and were the postercar for so many young enthusiasts.”

Original and unrestored Datsuns also will make an appearance in Palm Beach, including a 1984 Datsun 300ZX Turbo Anniversary Edition (Lot #82). One of 5,000 produced, this California car has its original books and window sticker, and is powered by a 3.0-liter 6-cylinder engine backed by a 5-speed manual transmission. Also on the docket is an unrestored 1975 Datsun 280Z (Lot #335), which is powered by a 2.8-liter 6-cylinder engine and has only 20,000 actual miles since new.

Advertisement
In this article:Barrett-Jackson, Classic Cars
Print
Up Next: