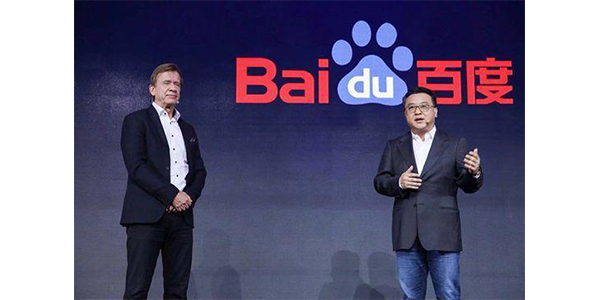 The agreement marks a starting point for the two companies from which they plan to explore commercialization opportunities in China’s autonomous driving passenger car market in the coming years. 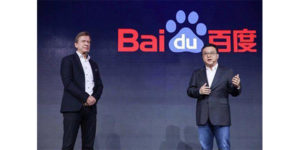 According to Baidu, Volvo was selected as a partner because of its long-standing safety credentials. Volvo Cars is one of the first foreign carmakers collaborating deeply with Baidu on the development of L4 autonomous driving cars. The partnership with Baidu is Volvo’s first in China to jointly develop autonomous vehicles. The aim of the strategic collaboration is to achieve mass production of the L4 autonomous cars over the next few years.

The agreement marks a starting point for the two companies from which they plan to explore commercialization opportunities in China’s autonomous driving passenger car market in the coming years. In announcing the partnership, the leading Chinese tech company and Swedish automaker say they “seek to develop new standards for smart car safety and to drive a new revolution in the automotive industry with an innovative approach.”

Under this collaboration, Baidu will empower Volvo with the capabilities of Apollo, Baidu’s autonomous driving platform, while Volvo will provide access to its expertise and advanced technologies of the automotive industry.

“With Baidu, we take a big step forward in commercializing our autonomous compatible cars, built on Volvo’s industry-leading safety technology,” said Håkan Samuelsson, president and chief executive of Volvo Cars. “There is a strong development in autonomous drive in China, where Baidu is a leading player, and the market there offers huge opportunities for us as the supplier of choice for autonomous fleets.”

“Since its founding a century ago, Volvo has maintained safety as its core mission, pushing safety development forward with significant innovations. We are delighted that Volvo Cars has established a strategic partnership with Baidu toward the development of a Level-4 car compatible with our open autonomous driving platform, Apollo. We look forward to working closely with Volvo to provide the world with the safest auto products for the benefit of humankind,” said Dr. Ya-Qin Zhang, president of Baidu.

Baidu has been developing autonomous driving technology since 2013. The company says building autonomous cars is only the first step – intelligent roads and infrastructure are required as well.

By the end of 2018, Baidu says its Apollo Intelligent Vehicle Infrastructure Cooperative Systems (IVICS) will leverage Apollo’s capabilities in autonomous driving to bring together intelligent vehicles and infrastructure, an important step toward developing future intelligent transportation.

Advertisement
In this article:Autonomous Vehicles, Baidu, Volvo
Print
Up Next: