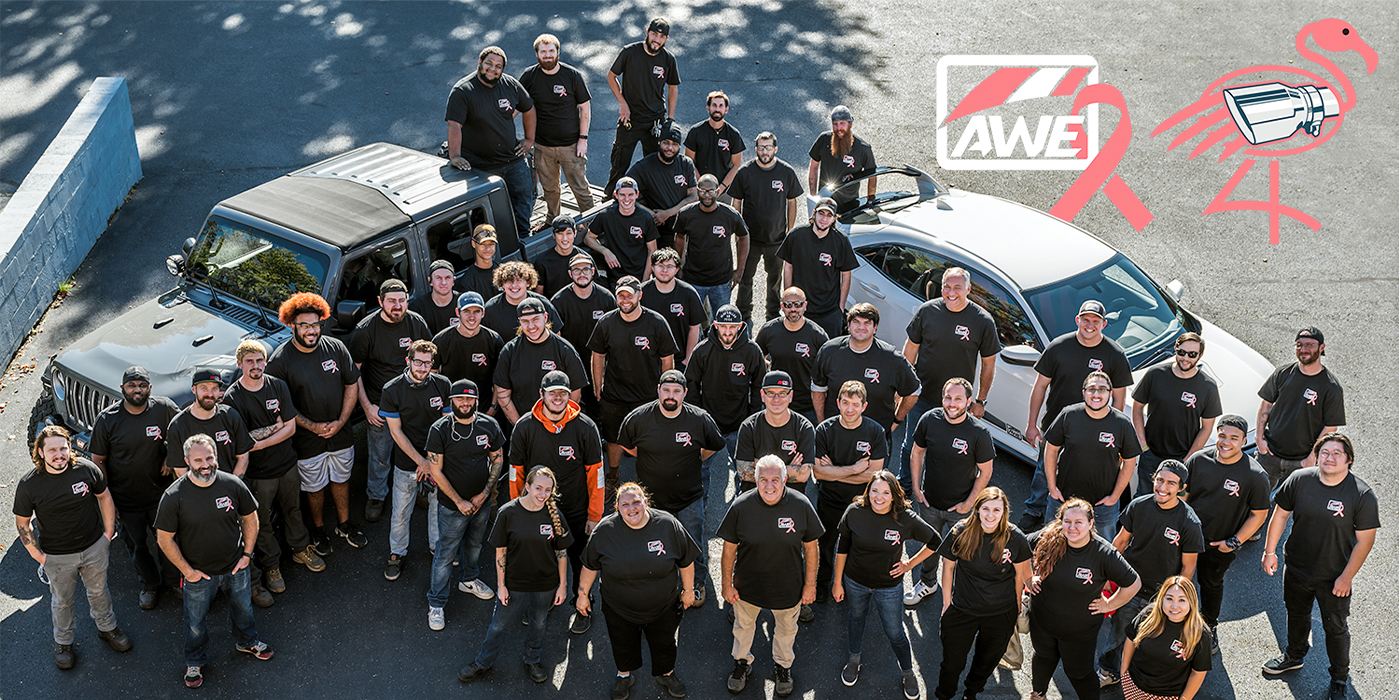 AWE created a special breast cancer charity t-shirt in honor of a beloved employee who lost their battle with the disease.

AWE, the precision engineering and manufacturing firm outside Philadelphia, Pennsylvania, lost one of their own last month. Christina L. “Tina” Giovinazzo, age 41, passed away on Sept. 17, 2021, at her home, surrounded by her loving family after a long battle with breast cancer.

“Tina was a very passionate person. She put all that she had into everything she did, always putting others before herself. Most people didn’t realize all that she was going through because she always had a smile and was willing to do anything that she could to help. Although she loved her work, her greatest love was her family. Nothing meant more to her than family,” stated Judy Foley, who worked with Tina for 10 years. Tina joined AWE in April of 2012 as the company’s Materials Supervisor and had been promoted many times until she became the Materials Manager.

To honor their friend and colleague, AWE designed t-shirts to raise funds for breast cancer awareness, featuring a favorite of Tina’s – flamingos.

In lieu of flowers, the family requests donations in Tina’s honor to the Christina L. Giovinazzo Memorial Fund, c/o Hatboro Federal Savings, 221 S York Rd, Hatboro, PA 19040. The Memorial Fund will in part fund a monument to Tina’s love of her hometown of Hatboro in her honor at a location to be determined in the near future. AWE has donated a sum of money to Tina’s charity, and additional shirts to the family.

About Tina
Tina was a lifelong resident of Hatboro, born on February 3, 1980 in nearby Abington Hospital. Tina is the beloved wife of David Colòn; mother of Meghan and A.J.; daughter of Victoria Giovinazzo and her husband the late Joseph; brother of Vincent Giovinazzo. She is also survived by a loving extended family, friends, beloved family pets, coworkers at AWE and Columbia Electric, and the community of Hatboro at large.
Tina’s passion for not only preserving the historic significance of her hometown but for serving the people within began at an early age and was a continued theme throughout her life. The following is an excerpt from her profile when running for the Borough Council:

“Her activism began at an early age, joining the Millbrook Society during middle school. At 17, she ran a petition campaign to prevent the Joshua Potts house from being demolished. Her continued time with the Millbrook Society (including her service as Vice President of the Student Corp) inspired her to remain active in her community. These childhood experiences would ultimately yield a life-long passion for historic preservation, supporting local charities, and inspiring community service through volunteerism.

Advertisement
In this article:AWE, Breast Cancer Awareness Month
Print
Up Next:

SMP Cares Initiative Gives Back in 2022