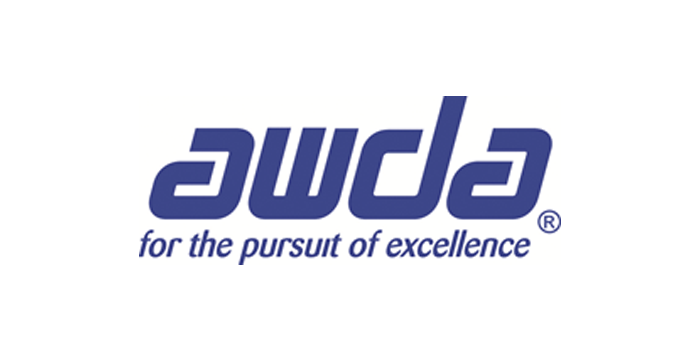 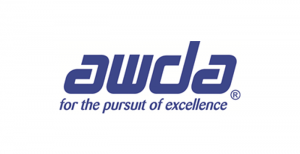 Bill Maggs, president and CEO, National PRONTO Association, co-CEO of the Automotive Parts Services Group and co-CEO of 1 Parts Global Aftermarket Services, was presented with AWDA’s Jack Creamer Leader of the Year Award on Oct. 29 at its 2017 annual conference in Las Vegas. Each year, AWDA bestows this prestigious honor on an aftermarket professional who has contributed to the industry in a unique and significant way.

Presenting the award was last year’s Leader of the Year, Fred Bunting, founder and chairman of Auto-Wares Group of Companies.

After an internship during his senior year in high school, Maggs enrolled in Northwood University in the Automotive Replacement Management Studies program. Upon graduation, he spent the next 21 years with the Menco Corp. rising from store manager to president. In 1981, William Menghini, owner of Menco, founded the National PRONTO Association and Maggs became the group’s first full-time employee.

At National PRONTO, Maggs’ career continued its upward trajectory with additional responsibilities such as director of PRONTO Programs. From 1990 through 1996, he returned to Menco as president and as such served on the PRONTO board of directors.

In 1996, he returned to National PRONTO, rising to his current title of president and CEO, and growing the organization into a powerhouse with nearly 100 member distributors. In 2014, Maggs, together with executives from Federated Auto Parts, created the Automotive Parts Services Group (The Group). Maggs serves as The Group’s co-CEO, as well as co-CEO of 1 Parts Global Aftermarket Services, The Group’s Brussels-based European affiliate.

Tim Trudnowski, president of Automotive Jobbers Supply, Spokane, Washington, said, “Bill’s unwavering dedication to his members and the industry is second-to-none. His efforts and involvement on behalf of the aftermarket says it all.”

Maggs’ volunteering spirit is legendary. Over the years, he has served as chairman of AWDA, championing promotion of the industry as a great place to work. He continues as a governor on the AWDA Council, is currently vice president of the Auto Care Association Executive Committee and a member of the Auto Care Association Events Committee. Maggs also has participated on the association’s Education and Tech Standards Committees, the NATEF board of trustees and the board of trustees of the University of the Aftermarket Foundation.

The Martin Fromm Lifetime Achievement Award recognizes individuals who have, over the course of many years, distinguished themselves through their unselfish commitment to, and high level of performance within, the motor vehicle aftermarket industry.

Gallagher has dedicated his life to the growth of the aftermarket and NAPA/Genuine Parts Co., starting his illustrious career as a management trainee in 1970. He spent nearly 47 years with Genuine Parts, leading the company through major growth, both financially and in terms of morale. In 2004, Gallagher was named CEO of Genuine Parts, nearly doubling overall sales during his 12-year tenure.

During his long tenure at NAPA/Genuine Parts, Gallagher made significant contributions to the aftermarket’s growth and development by implementing numerous training programs for technicians. He was very active with DECA and made tremendous efforts in improving auto technicians’ public image.

Gallagher was a founding member of the Council for Automotive Repair Equality (CARE).

Today, in addition to serving as CARE’s chairman, Gallagher serves on the board of directors for NAPA/ Genuine Parts Co., Stone Mountain Industrial Park Inc., Metro Atlanta Chamber and Commerce Club. For his dedication and commitment to the industry, Gallagher was honored in 1999 as AWDA’s Automotive Leader of the Year. He was praised for his leadership in helping preserve competition in the aftermarket industry.

Bill Hanvey, president and CEO, Auto Care Association, said, “Tom Gallagher has always been the consummate professional, but still always had the time to say hello, ask about the family, your business and talk a little baseball. He has mentored countless numbers of people in our industry and his patience, drive and sense of humor will be missed on a daily basis. Tom is absolutely deserving of this honor and award.”

Corey Bartlett, president and CEO, Automotive Parts Headquarters Inc. (APH) of St. Cloud, Minnesota, was honored with the Automotive Warehouse Distributors Association’s 2017 Pursuit of Excellence Award. Established in 1983, this award is presented exclusively to AWDA member companies or employees of those companies, in recognition of excellence in business performance and the setting of high standards as an example for others to follow.

Born and raised in St. Cloud, Bartlett grew up in an aftermarket family, where his grandfather and father were both involved in the family business, Automotive Parts Headquarters Inc.

After graduating from Gustavus Adolphus College in St. Peter, Minnesota, Bartlett quickly became involved in all aspects of the family business: operations, corporate and independent stores, sales and marketing and generally helping APH to grow and expand. He served as executive vice president until 2008, when he was named president. In 2016, he became president and CEO.

Since Bartlett joined the company full time, APH has tripled in size, undertaking a number of acquisitions. He values spending time with customers and suppliers — it is a critical piece to his relationship-building approach.

“Corey Bartlett is taking his company in new and exciting directions, which is exactly what’s needed in an industry like ours,” said Jeff Blocher, director of sales and marketing, MANN+HUMMEL Filtration Technology Group Inc.

Bartlett’s industry involvement has included service on the Aftermarket Auto Parts Alliance board of directors and the AWDA board of governors, including its chairmanship. Currently, he serves as chairman and lead fundraiser for the Auto Care Political Action Committee (ACPAC), where he continues to beat the drum to grow support for the PAC.

“We call him the ‘PAC Dog,’ because he is the leader and driving force behind ACPAC,” said Tim Trudnowski, Associated Jobbers Supply.

AWDA’s Pursuit of Excellence Award celebrates the setting of high standards as an example for others to follow. The success of those standards are directly reflected in the vibrant company now led by Corey Bartlett.

Advertisement
In this article:Award Winners, AWDA
Print
Up Next:

Finalists Announced For MAHLE ‘Drive With The Original’ Promotion