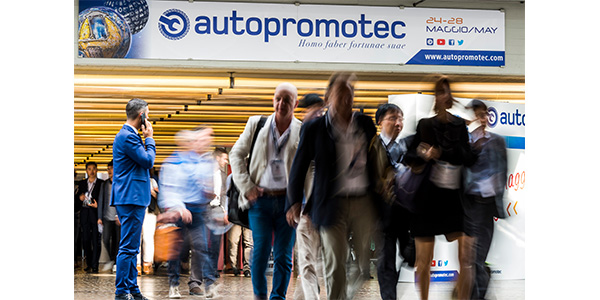 More than 120 delegates from over 35 countries are expected at this year’s event.

The 28th edition of Autopromotec, the international biennial exhibition of automotive equipment and aftermarket products taking place May 22-26 in Bologna, Italy, is almost upon us. Event organizers are unveiling their forecasts for the foreign delegations expected to travel to the Bologna exhibition center. Thanks to the event’s intense strategic international promotion based on consolidated partnerships with various chambers of commerce and independent organizations worldwide, Autopromotec 2019 plans to welcome more than 120 delegates – including buyers and institutional operators – from more than 35 countries.

Over the course of its more than 50-year history, the event has followed a path of continuous development, culminating with the record-breaking edition of 2017 that saw 1,599 exhibitors (more than 58 brands represented) and 113,616 professionals, of which more than 23,000 came from abroad. Autopromotec organizers say this year’s edition promises once again to be a must-attend event for trade professionals to see for themselves the latest technologies and services offered by the automotive market. They will have the opportunity to meet with exhibitors recognized worldwide for their technological excellence that have exports exceeding 70 percent of turnover. 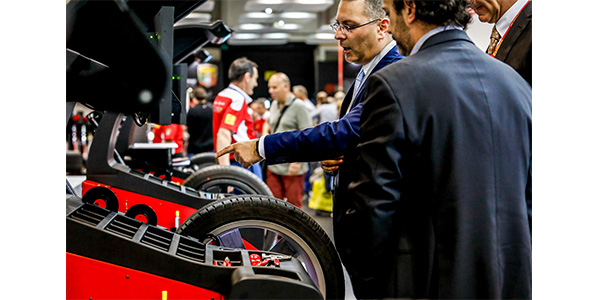 Thanks to a partnership with ITA (Italian Trade Agency) as part of the “Extraordinary Plan for the Promotion of Products Made in Italy,” a project promoted by the Ministry of Economic Development, about 80 delegates from markets with a strong interest in the automotive sector are expected to attend (United States, South Korea, Japan, Hong Kong and Australia), but also areas with strong growth potential (Mexico, Indonesia, Malaysia, China – Beijing and Guanghzou areas – South Africa), as well as delegations from the Middle East (Egypt, Lebanon, Saudi Arabia and Kuwait), Africa (Maghreb – Morocco, Algeria, Tunisia and sub-Saharan areas – Ethiopia, Somalia, Kenya, Tanzania and Uganda) and Caucasus (Kazakhstan and Azerbaijan).

Moreover, the campaign for the international promotion of Autopromotec and the entire automotive aftermarket chain promoted by the Emilia-Romagna Region will bring more than 40 delegates from South America to the trade show (Argentina, Brazil, Colombia, Chile, Peru, Ecuador) and from ​​Southeast Asia (Thailand and Vietnam), not to mention India, Russia and Turkey.

For more information, go to autopromotec.com.

Advertisement
In this article:Autopromotec 2019
Print
Up Next:

Autopromotec 2019: Automotive Technological Excellence Will Attract Professionals From Around The Globe