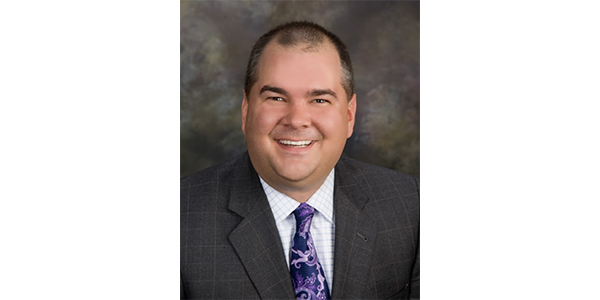 Northwood University honors a select few industry leaders each year “in recognition of substantial dedication over a number of years to the educational process and the field of the motor vehicle aftermarket,” according to the university.

President of Automotive Parts Headquarters, Inc. (APH) Corey Bartlett was awarded the Northwood University Aftermarket Education Award on Nov. 5 in recognition of his “noteworthy contributions” to education both within APH and the industry.

Northwood University honors a select few industry leaders each year “in recognition of substantial dedication over a number of years to the educational process and the field of the motor vehicle aftermarket,” according to the university.

“Corey has shown incredible initiative in supporting training and continuing education,” said John R. Washbish, president and CEO of the Aftermarket Auto Parts Alliance, Inc. “Through his leadership roles and example, he has consistently improved the education and standards of his staff, the Alliance, and the industry as a whole. We are grateful to have such an inspiring leader as our Board of Directors Chairman.”

Bartlett has shown a unique interest in education from the day he began working professionally for APH. Within his first 10 years there, he reorganized staff and increased training for employees. Leading by example, he himself completed the University of the Aftermarket’s Leadership 2010 at Ohio State University, and he earned his AAP and MAAP designations at the University of the Aftermarket in 2002 and 2009 respectively.

Now as president, Bartlett primarily oversees the operations of the business and has continued to emphasize education. As the company expanded to include medium, heavy duty and agricultural aspects, Bartlett and his managers developed a 101 class to further educate his staff about the new aspects. He partnered with a local technical college to provide hands-on experience, and the company saw nearly 100% participation among its 1,200 employees.

While serving as board liaison of the Alliance’s Sales & Marketing Committee, Bartlett oversaw the group’s scholarship program and helped create the Technician of the Year program.

Outside of the Alliance and APH, Bartlett has chaired the Automotive Warehouse Distributors Association (AWDA) Board of Governors, serves as a mentor for the Young Auto Care Networking Group (YANG), and has been a generous supporter and active proponent of the Auto Care Political Action Committee since 2015. He was named the AWDA Pursuit of Excellence honoree in 2017.

Bartlett is involved in his local community, enthusiastically supporting WACOSA – a nonprofit organization that helps adults with disabilities connect with local businesses – through Chili Cook Off efforts with his father, and opening up APH facilities for use by local nonprofits.

Advertisement
In this article:Automotive Parts Headquarters
Print
Up Next:

Perfect Stop Kicks Off Powersports Summer Sweepstakes
Connect with us