Following the Senate’s rejection of the so-called “bailout” bill for the Detroit 3 automakers last week, automakers and their suppliers are anxiously awaiting word from the Bush administration, which is now reviewing the possibility of using money provided under the Troubled Assets Relief Program (TARP) of the Emergency Economic Stabilization Act of 2008 to provide limited, temporary assistance to the automobile industry during this financial crisis. 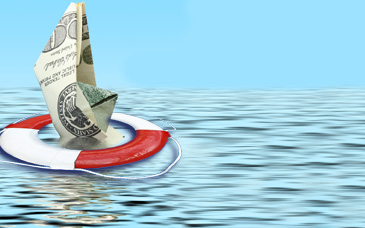 Early last week the House approved the measure to provide $14 billion in loans to the Detroit 3 automakers, GM, Chrysler and Ford. The bill was passed by a vote of 237-170. However, the bill failed in the Senate by a vote of 52-35.

The White House said no decision will be made today, but action will be taken soon.

Over the past several weeks, the Automotive Aftermarket Suppliers Association (AASA) has been very vocal in its support of legislation to assist automakers and suppliers, encouraging its members to reach out to Congress as well. Reacting to the news, Steve Handschuh, president and COO of AASA, commented: “After the U.S. Senate failed last week to pass critical legislation providing financial assistance to the automotive industry, the Automotive Aftermarket Suppliers Association (AASA) has continued to work with its Washington, D.C., office and the Motor & Equipment Manufacturers Association (MEMA) on this important issue to our industry and our nation’s economy.

“Our associations sent a letter to President Bush strongly urging the administration to supply the necessary bridge loans for these companies through the Troubled Asset Relief Program (TARP), and our members have contacted the White House this weekend asking for the president’s support. Providing this financial assistance would be a serious step, but valuable domestic manufacturing jobs throughout the United States are at risk. The fragile U.S. economy will deteriorate further if no immediate action is taken.

“This is a grave situation, one where there are no easy answers,” Handschuh noted. “However, there is a common goal – a healthy, vibrant domestic auto manufacturing industry that provides good jobs throughout the country and technology that meets the demands of a new generation of vehicles.”

Another industry association keeping a close eye on the situation is the Automotive Service Association. Its Chief Executive, Ron Pyle, talks about the current situation and what precipitated it.

“It is unfortunate that the domestic automakers are going to bear the brunt of the recession, but it has been apparent to most observers for some time that GM, Ford and Chrysler were operating dangerously close to the edge,” said Pyle. “I personally don’t believe that a “bailout” is the best solution, primarily because it would be akin to applying a band-aid to a mortal wound. A pre-arranged reorganization is probably the best solution, but of course, will not be politically acceptable. It is interesting and very disturbing that the domestic auto industry was expected to meet more stringent conditions in order to be considered for “assistance” while banks, insurers and investment firms were handed obscene amounts of cash with, as we know now, little oversight or accountability.

“What has been most shocking is how quickly and dramatically global vehicle demand dropped,” Pyle continued. “Only the strongest auto makers will survive this unprecedented reduction in revenue and it remains to be seen if any of the Detroit Big 3 will make the cut. In the meantime, the aftermarket service and repair market will definitely be affected by the demise of any or all of these companies. There is some indication that consumers who are choosing to defer the purchase of a new vehicle will gravitate to independent service and repair options and doing some maintenance themselves. However, how much money will consumers have to spend on any automotive services? We have traditionally thought of our business as being ‘recession proof,’ but we haven’t seen a similar combination of events quite like this before, so we are in uncharted waters. The only bright spot is the reduction in prices at the pump. In my opinion, $4.00 a gallon gasoline was one of several precipitating events that touched off the current mess we are in, and now that folks have modified their driving behavior, they are reaping a dividend, but it is way too early to predict if this will ameliorate the effects of the downturn or help spark a recovery.”

As a result of the current crisis in Detroit, automobile dealerships have taken a dramatic turn this year. Research shows that new-car dealerships are going out of business at a much faster pace with nearly 4,000 expected to close this year. Annette Sykora, chairman of the National Automobile Dealers Association, and owner of two multi-franchise dealerships in Texas, stated:

"NADA is very disappointed that Congress failed to pass legislation to stabilize the auto industry. We are encouraged, however, by today’s statement from the White House that it will consider use of the TARP program ‘to prevent a collapse of the troubled automakers.’ We agree with the White House that it would be ‘irresponsible to further weaken and destabilize our economy.’ Failure of an automaker would have a domino effect on dealers and suppliers. Bankruptcy would further threaten the availability of credit for dealers for consumer purchases and financing the vehicle inventory on their lots."