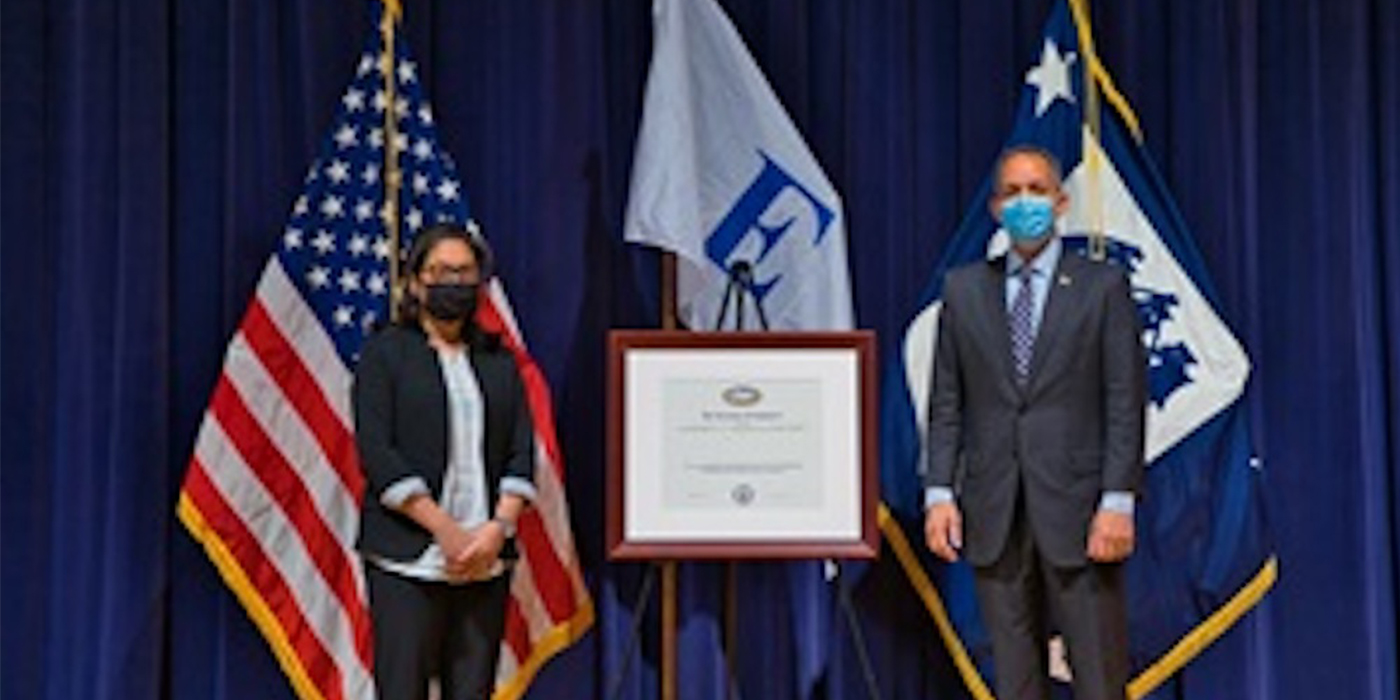 November 11, 2021 – On Friday, Nov. 5, 2021, the U.S. Department of Commerce awarded the Auto Care Association the 2021 President’s “E” Award for Export Service at a ceremony in Washington, D.C. The President’s “E” Award is the highest recognition any United States entity can receive for making a significant contribution to the expansion of U.S. exports. The award was presented by Deputy Secretary of Commerce Don Graves and accepted by Auto Care Association Director of International Affairs Angela Chiang.

“Auto Care Association has demonstrated a sustained commitment to export expansion. The ‘E’ Awards Committee was very impressed with Auto Care Association’s work to facilitate the adoption in international markets of standards used by U.S. industry. The organization’s trade missions throughout Latin America were also particularly notable. Auto Care Association’s achievements have undoubtedly contributed to national export expansion efforts that support the U.S. economy and create American jobs,” said Secretary Raimondo in her congratulatory letter to the company announcing its selection as an award recipient.

“We are honored and humbled to accept the President’s ‘E’ Award from the U.S. Department of Commerce,” said Bill Hanvey, president and CEO, Auto Care Association. “There is tremendous opportunity for U.S. automotive aftermarket companies in the global marketplace. Through a partnership with the International Trade Administration and U.S. Commercial Service, the Auto Care Association is committed to addressing trade barriers and promoting business opportunities for our members in key export markets.”

In total, the Department honored 70 U.S. companies and organizations from across the country for their role in strengthening the U.S. economy by sharing American ingenuity outside of our borders. The ceremony was held to jointly recognize awardees from 2021 (32 organizations) and 2020 (39 organizations).

In 1961, President John F. Kennedy signed an executive order reviving the World War II “E” symbol of excellence to honor and provide recognition to America’s exporters. Criteria for the award is based on four years of successive export growth and case studies which demonstrate valuable support to exporters resulting in increased exports for the company’s clients.

U.S. companies are nominated for the “E” Awards through the U.S. Commercial Service, the export promotion arm of the Commerce Department’s International Trade Administration. With offices in over 100 cities across the U.S. and in 75 markets around the world, the International Trade Administration is the premier resource for American companies competing in the global marketplace.

For more information about the “E” Awards and the benefits of exporting, visit www.trade.gov.

Advertisement
In this article:Auto Care Association, awards, Department of Commerce
Print
Up Next: