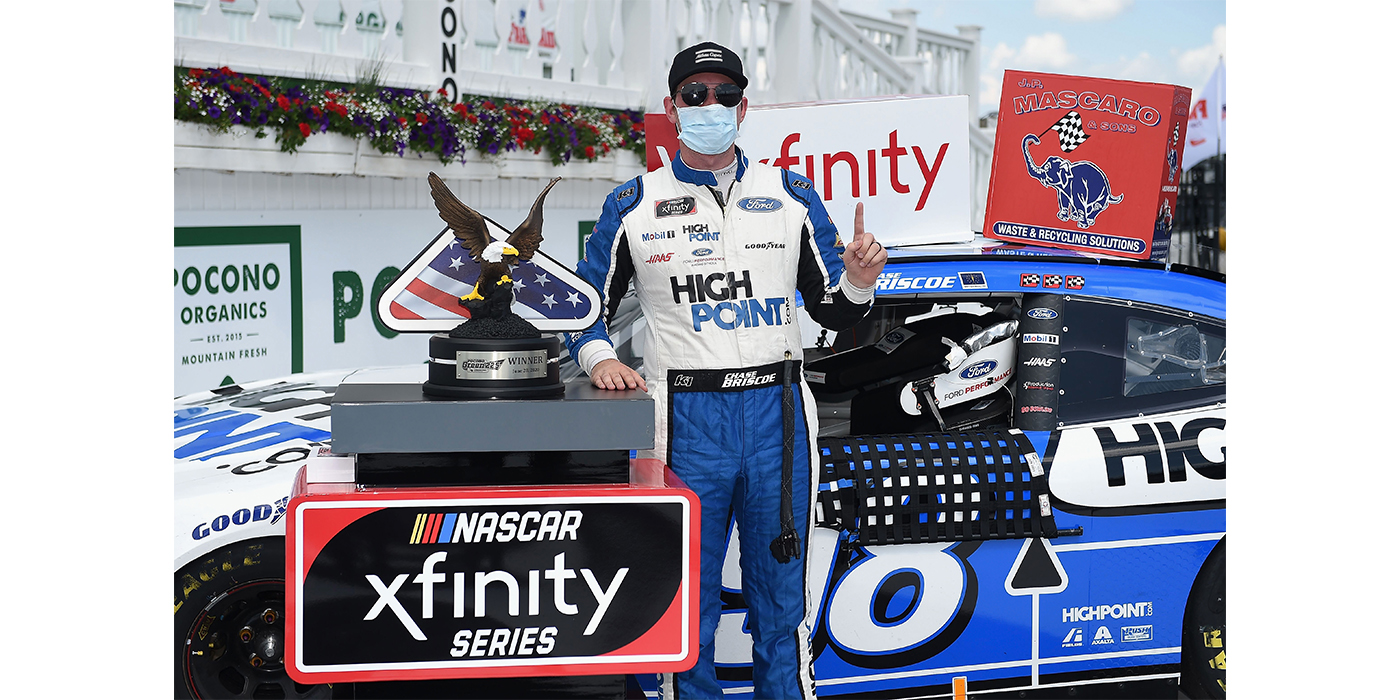 Atlas Copco has been involved with SHR since the team’s inception in 2009, serving as a technical partner.

Atlas Copco Compressors has expanded its longstanding partnership with Stewart-Haas Racing (SHR), joining the organization’s NASCAR Xfinity Series program as an associate sponsor. Atlas Copco has been involved with SHR since the team’s inception in 2009, serving as a technical partner.

Atlas Copco will be featured on the lower-rear quarter panel of the No. 98 Ford Mustang driven by Chase Briscoe for the remainder of the 2020 Xfinity Series season. Atlas Copco provides all of SHR’s compressed air equipment and utilizes its SMARTLINK monitoring technology inside SHR’s state-of-the-art race shop in Kannapolis, North Carolina. SMARTLINK provides 24/7 remote monitoring of the team’s compressed air system to ensure continuous uptime, peak performance and energy efficiency.

“Atlas Copco and Stewart-Haas Racing have shared a successful relationship since 2009,” said Paul Humphreys, vice president of communications and branding at Atlas Copco. “We’ve enjoyed a lot of wins and championships in our time together, and we’re thrilled about this expanded element of our partnership that now includes Chase Briscoe and the Xfinity Series.”

Briscoe has won five races already this season to secure a spot in the NASCAR Playoffs, which begins Sept. 18 at Bristol (Tenn.) Motor Speedway. This is Briscoe’s second year in the Xfinity Series. The 25-year-old racer from Mitchell, Indiana, won the 2019 Xfinity Series rookie-of-the-year title.

Advertisement
In this article:Atlas Copco, motorsports partnerships, Stewart Haas Racing
Print
Up Next: