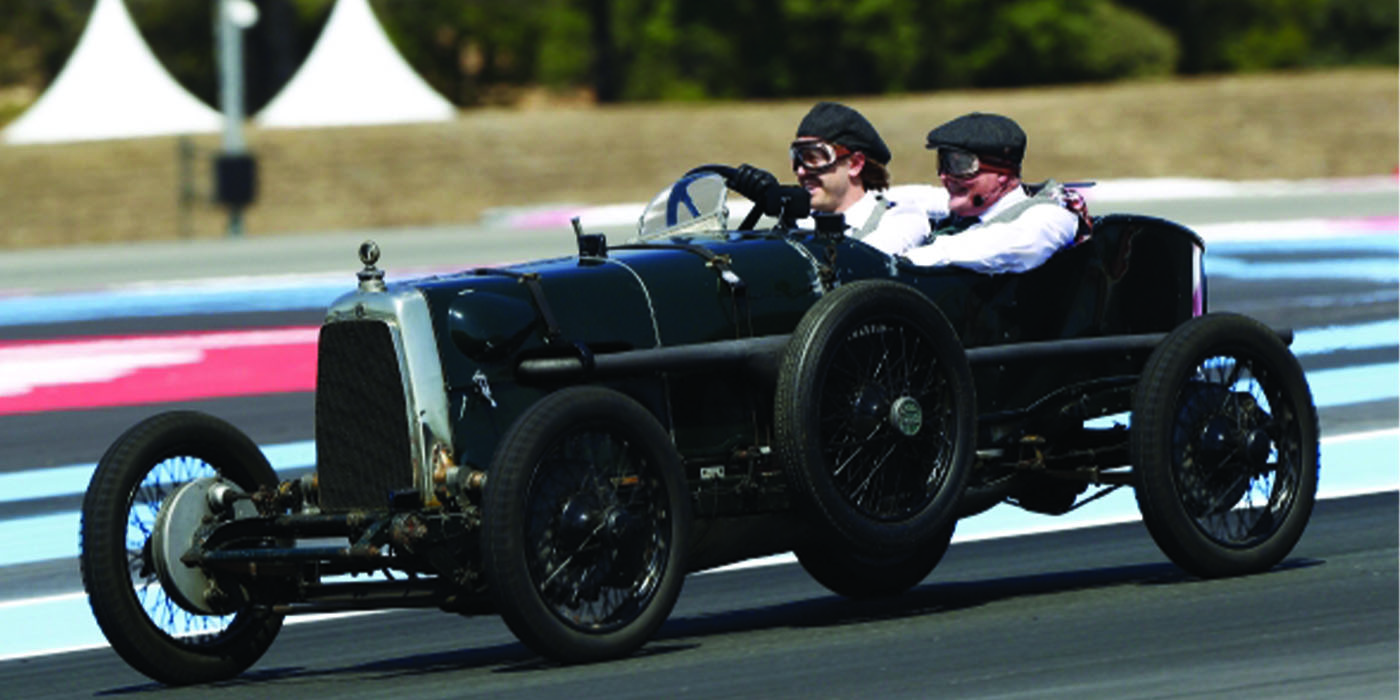 TT1 – nicknamed “Green Pea” – returns to France with Sebastian Vettel, 100 years from its racing debut in 1922.

A century on from its racing debut, Aston Martin’s original Grand Prix car today roared back to the French Grand Prix, late last month for a thrilling celebratory lap.

The race saw Aston Martin mark the centenary of its maiden challenge at the 1922 French Grand Prix, with no current Formula One manufacturer enjoying such an early history of top-flight competition.

Four-time F1 world champion Sebastian Vettel had the chance to pilot TT1 – affectionately nicknamed “Green Pea” – around Circuit Paul Ricard, 100 years on from the storied car taking to the road circuit of Strasbourg for a 60-lap, 800 km race as one of two Aston Martin entries.

The cars were built by founder Lionel Martin following a commission by wealthy young motor racing driver and pioneer Count Louis Zborowski, who invested £10,000 in their construction and the development of an entirely new 16-valve twin overhead cam four-cylinder race engine. TT1 and TT2 were originally intended for the 1922 Isle of Man TT (Tourist Trophy) event, but a delay saw them instead make the marque’s international racing debut at the French Grand Prix on the 15 July 1922, with Zborowski piloting TT1. He later went on to design “Chitty Bang Bang” the car which inspired the book, film, and stage musical “Chitty-Chitty-Bang-Bang.”

Sebastian Vettel, Aston Martin Aramco Cognizant Formula One Team driver said: “It was an incredible honor to drive this car, exactly 100 years on from it last taking to the starting line at the French Grand Prix. Green Pea holds a very special place in Aston Martin’s heritage, and you can almost feel that century of history beneath your fingertips when at the wheel.

“The racing spirit and will to win is something that defines Aston Martin, and it’s fantastic to celebrate it this weekend as we bring Green Pea and our heritage in motorsport together with the cutting-edge technology and performance of today’s AMR22 car.”

Advertisement
In this article:Aston Martin, Formula 1
Print
Up Next: