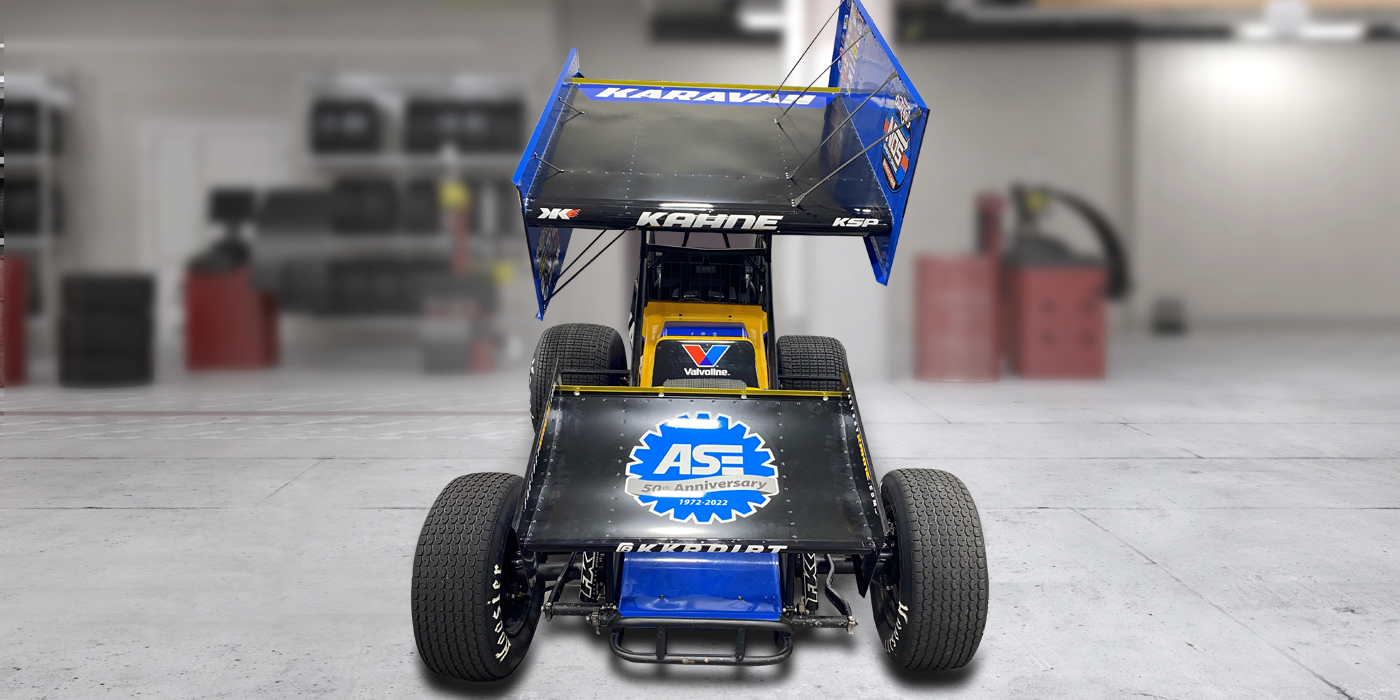 The National Institute for Automotive Service Excellence (ASE) and Kasey Kahne Racing will partner for the 22nd-straight year to celebrate ASE’s 50th anniversary and promote the high standards of service and repair achieved through the assessment, certification and credentialing of current and future industry professionals.

Throughout race season, Kasey Kahne Racing will feature the ASE 50th anniversary commemorative logo on its two World of Outlaws series cars, the No. 49 car driven by Brad Sweet and the No. 9 car driven this season by Kahne. Last season, KKR and Sweet won the World of Outlaws season championship for the third-straight year in a vehicle sporting the ASE insignia. As part of the partnership, Kahne will also make appearances on behalf of ASE.

“As ASE celebrates its 50th anniversary this year, we are proud to continue our long-term partnership with Kasey Kahne and his race team,” said Tim Zilke, president and CEO of ASE. “Kasey is a tremendous representative of ASE and its mission. Not only is he recognized as a world-class driver, but he also understands that it is imperative to have well-trained, certified professionals working on his team’s cars. We look forward to working together during this milestone year to promote service professionalism and the importance of ASE certification.”

ASE and Kahne first teamed up in 2000. Since that time, KKR has won over 200 World of Outlaws races and four series championships and during Kahne’s NASCAR career, he has 18 Cup Series wins, eight Xfinity Series wins, and five Truck Series wins.

“I am very honored to have been partners with ASE for over 20 years, and we’re excited to chase a fifth championship at KKR while we celebrate ASE’s 50 years of service,” said Kahne. “They have been a part of many of my NASCAR wins as well as our sprint car wins so I am grateful to have their support as I prepare to run my first full schedule with the World of Outlaws. We are looking forward to a year full of celebrations for ASE’s 50th year in business on and off the track.”