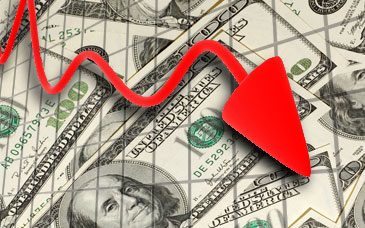 Sales from continuing operations of $1.4 billion, down $293 million, or 18 percent, from the same period last year (down 11 percent on a constant currency basis).

Free cash outflow (cash outflow from operations, net of capital expenditures) of $386 million compared to an outflow of $305 million in the first quarter of fiscal year 2008.

"Although significant volume declines and charges associated with the LVS business negatively affected our results this quarter, we are aggressively executing a series of actions to help mitigate the effects of the ongoing economic crisis," said Chip McClure, chairman, CEO and president.

"Through continued focus on reducing costs, strengthening the aftermarket business and gaining new military contracts, the Commercial Vehicle Systems (CVS) business performed well. Despite the severe downturn in heavy truck markets in most regions of the world, the CVS team was able to offset the negative volumes with minimal impact on performance. These results clearly underscore the validity of our aggressive Performance Plus cost savings and growth initiatives."

At the end of the first quarter, the company had $158 million in cash and cash equivalents. The company is in compliance with the financial covenants in its material borrowing arrangements, including its $664 million revolving credit facility, of which $141 million (including $38 million in letters of credit) was utilized at the end of the quarter. ArvinMeritor maintains full access to committed securitization lines.

"ArvinMeritor is operating with the expectation that global markets will remain weak for an extended period of time," said McClure. "Given the deterioration of the market environment and the current global constraints on credit, the management team remains intensely focused on maintaining the liquidity necessary to operate our business. We expect to be in compliance with the financial covenants in our material borrowing arrangements for the remainder of the year and believe that the actions we are taking today will help position the company well when economics and volumes improve."