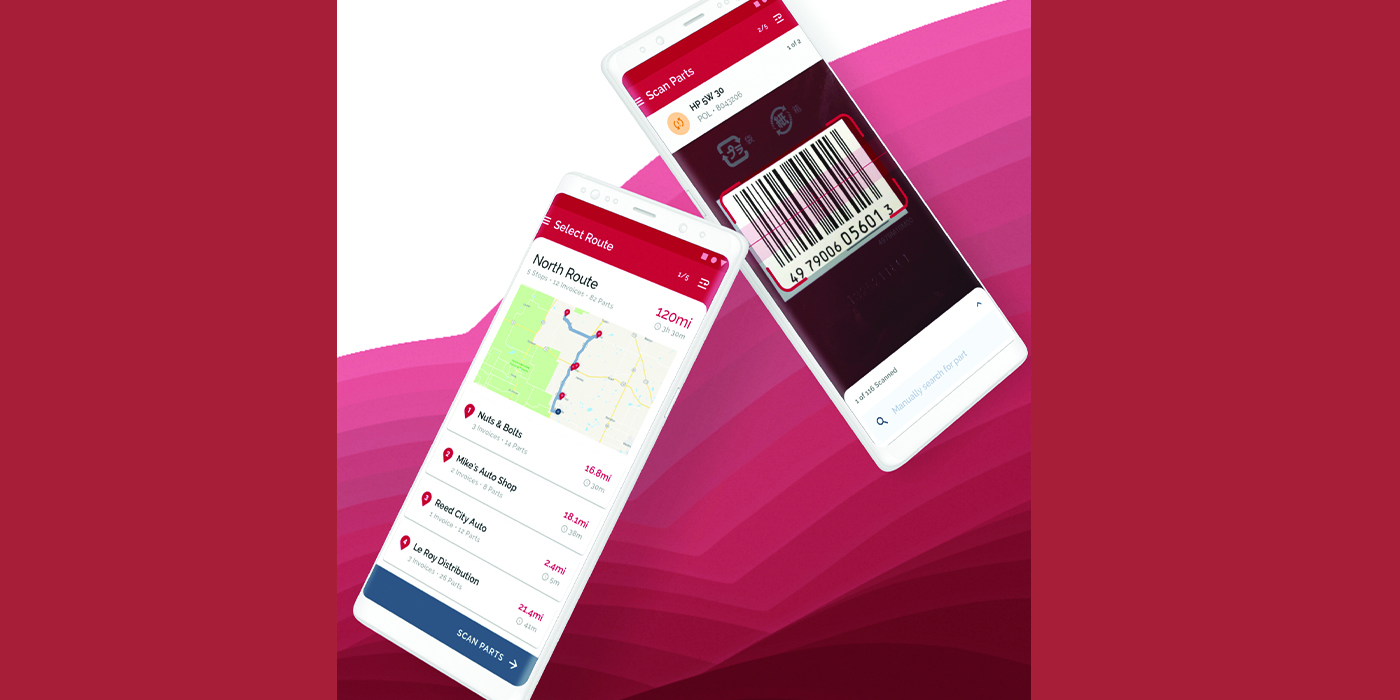 Auto-Wares Group of Companies partners with Michigan Software Labs to create its own mobile app for dispatch and delivery.

And while the company had a web product for dispatch and delivery, it was strictly online and pretty basic, according to Mike Carr, co-director of Information Technology for Auto-Wares. Carr realized the company needed a mobile product and needed to be able to track deliveries and where the parts were once they left the warehouse. So, together with Eric Beezhold, also co-director of IT, Carr started doing some research on mobile developers and stumbled across Michigan Software Labs, based in Ada, Michigan.

According to its website, Michigan Software Labs builds “apps, responsive websites, bots – any digital product that interacts with users – for the world’s leading companies.” Other well-known clients include the likes of Caterpillar and Danaher. However, this is Michigan Labs’ first foray into auto parts distribution.

“This was a new one,” said Mark Johnson, co-founder and managing partner, Michigan Software Labs, who worked closely with Carr on the project. “We get to do a lot of custom stuff. We had done some work in logistics before, and so we kind of knew a little bit about aftermarket auto parts, especially at this scale. It was amazing to work with Mike and his team and get a chance to collaborate pretty closely.”

That was four years ago. Since then, Auto-Wares and Michigan Software Labs have developed a mobile app for its delivery drivers that has not only eliminated the hassle and inefficiency of old-school paper trails, but also significantly increased every parts distributor’s goal of getting the “right parts to the right people at the right time.” The app allows drivers and those collecting parts to use a barcode scanner to scan parts from a mobile Android app. The app integrates with a back-end system that is managed by Auto-Wares.

Partnering with Michigan Software Labs to develop this mobile app for delivery drivers not only improved daily deliveries, but also netted some additional efficiencies, Carr said.

Another big benefit of the new mobile app for its delivery drivers was being able to get a better grasp on the efficiency and speed of a delivery route, Carr said.

“We didn’t know, we had no clue, how quick we were getting those parts out, and where to do it in the most efficient way. Do we have the routes planned? Every store was kind of taking care of themselves and we didn’t have that data.”

Having the ability to use the app to scan barcodes now provided an increased level of accuracy before products even left Auto-Wares, and once they did, the company now had the ability to track the status of their delivery. Carr added that the product created in developing the mobile app for daytime delivery is now being extended also to night delivery, as well as daytime warehouse delivery from the stores and vice versa. Carr says they are now working on an app for warehouse pulling too, moving away from “big clunky scanners” as he put it, and moving to an Android-based system, which will provide a consistent look and feel across the board for Auto-Wares.

Carr said he does not regret the decision to “go hybrid” as he describes working with a mobile-app developer like Michigan Software Labs. In fact, he highly recommends it for any other warehouse distributors looking to do the same.

“When we started working with Michigan Software Labs, we started using some of the techniques and planning and the technologies – not the software stuff, but the way they developed. And we’ve actually rolled that into our development teams. We actually had a huge benefit from that, which we didn’t know was going to happen. It really helped us approach our software development in a much more organized way than we did before,” Carr explained.

Johnson also offered up some sage advice for those looking to take on a new software-development challenge with the end-goal of making improvements in their business: “Don’t try and boil the ocean or try to do it all at once, but really take small steps as you roll out new features and gain feedback from your end-user.”

Advertisement
In this article:Auto-Wares, Michigan Software Labs, Mobile Apps
Print
Up Next:

An Uber-Like App For Aftermarket Parts