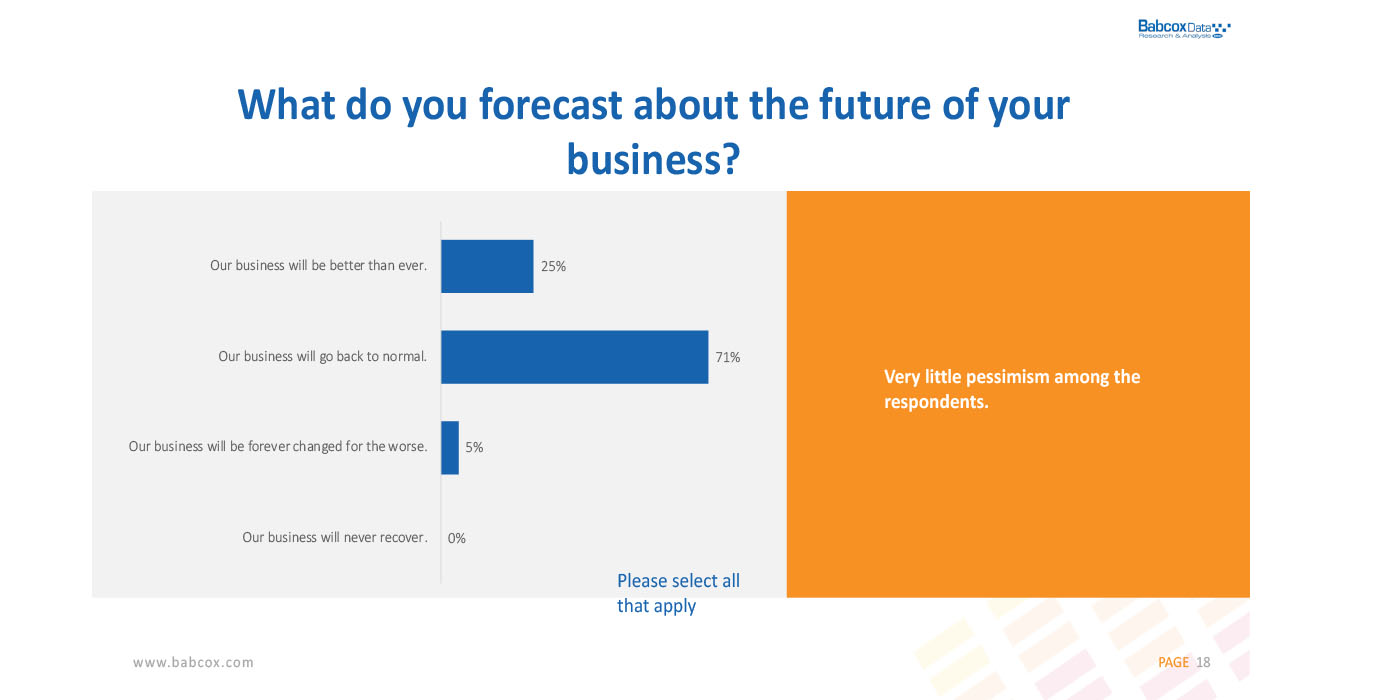 Overall, the majority of respondents remain optimistic about the future of their businesses

With much of the economy shut down and shelter-in-place orders issued across the country due to the coronavirus pandemic over the past few months, most Americans were staying off the roads since mid-March. Meanwhile the automotive aftermarket parts and services sectors were able to remain open, being deemed “essential” businesses by the U.S. government.

From May 20-28, the Babcox Media Research team conducted a survey among AMN readers in the manufacturing and distribution segments to gauge the activity levels and changes taking place at their businesses during this time.

Respondents were sorted into two groups – those who have retail stores, and those who don’t, such as parts manufacturers. There were some slight changes in the questions between the two groups. Respondents range from those in executive offices to those manning the counters.

Here are some of the key findings from our survey:

Among the respondents in the manufacturing segment, nearly all (98%) have remained open during the pandemic. Within distribution, we saw similar results, with 93% of respondents stating almost all of their stores have remained open, with a little more than half shortening business hours by about an hour each day.

Sixty-seven percent continued with business as usual, producing their normal product range, while 14% also chipped in to support healthcare employees and other essential workers by producing PPE, hand sanitizer and other products to help stop the spread of COVID-19 (See Chart 1).

On a positive note, roughly three-quarters of respondents remain optimistic about their company’s future (74% in manufacturing; and 71% in distribution, respectively). However, a number of changes have been implemented to comply with CDC guidelines and ensure the safety of employees and or customers, including new sanitizing practices, remote work and temperature checks (See Chart 4, manufacturing and Chart 5, distribution).

Overall, the majority of respondents remain optimistic about the future of their businesses, including 25% who said they expect their business will be “better than ever.”

Advertisement
In this article:COVID19, Research
Print
Up Next:

AMN Reader Survey: Effects Of COVID And The Economic Shutdown