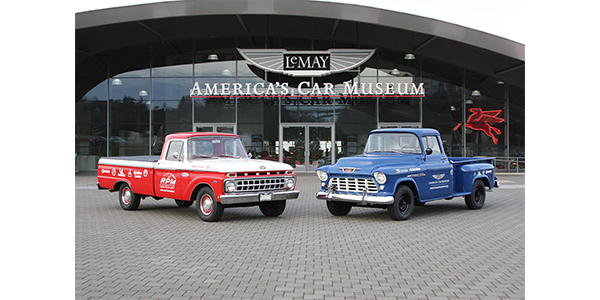 Celebrating four years, “The Drive Home” will feature vintage trucks in a cross-country road trip from Houston to Detroit. 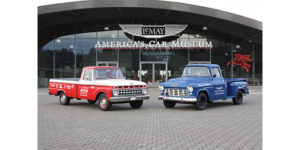 America’s Automotive Trust (AAT) and the North American International Auto Show (NAIAS) has announced Houston as the start of “The Drive Home IV” – a 10-day, 2,750 -mile vintage vehicle trek to Detroit from Jan. 3-12.

In its fourth year, The Drive Home (TDH IV) is an annual road rally celebrating America’s motoring legacy across the U.S. in the days leading up to the world’s premier international auto show, NAIAS. This year’s 2,750-mile journey marks the longest run since the rally began and the first to feature exclusively vintage American trucks.

“Every year, we look forward to taking the collector vehicles on a trip back to the spiritual home for the American automobile – Detroit,” said AAT Vice Chairman David Madeira. “This year, we thought that bringing out vintage trucks and hosting enthusiast gatherings along the route would be a great way to once again share America’s love for vintage vehicles with people across the country.”

“The Drive Home Series has held a special resonance for car and truck collectors worldwide since the first cross-country road trip in 2015,” said NAIAS Executive Director Rod Alberts. “We’re honored to see the nostalgia and pride this rally has inspired across the U.S. and we’re looking forward to welcoming the vintage trucks home to the Motor City for the North American International Auto Show.”

For more information on The Drive Home IV, visit americascarmuseum.org/TheDriveHome.

Advertisement
In this article:NAIAS
Print
Up Next:

DENSO To Showcase Future Of Mobility At CES 2019