Molinaroli (pictured) succeeds current CEO Stephen Roell, who will remain chairman until his planned retirement on Dec. 31, 2013, when he will leave the board. 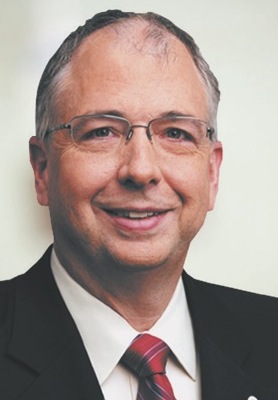 Molinaroli succeeds current CEO Stephen Roell, who will remain chairman until his planned retirement on Dec. 31, 2013, when he will leave the board.

"I am extremely proud of what we’ve accomplished over the past six years during my tenure," said Roell. "I’ve enjoyed my entire 32-year career with
Johnson Controls and want to express my appreciation to the Johnson Controls employees and our directors for their support. It has been an honor to lead and represent the company in the community and with our shareholders."

Roell, who has been with Johnson Controls since 1982, has served as CEO since October 2007 and chairman since January 2008. During this time, the company has successfully grown to record levels with revenues of $41.8 billion in fiscal 2012 and approximately 170,000 global employees.  While he effectively guided the firm through the challenges the economic downturn brought to its core industries, Roell’s primary focus has steadily remained on long-term growth and global market leadership positions in the company’s core businesses. Under his leadership, Johnson Controls has effectively restructured, but also increased its investments in growth strategies and participation in emerging global markets.

Molinaroli joined Johnson Controls’ Building Efficiency business in 1983. During his 30 years with the company, he has held positions of increasing responsibility and was elected a corporate officer in 2004.   Molinaroli was appointed vice chairman in January of this year. Prior to that promotion, he served as president of the Power Solutions business since 2007.

"I’m very pleased that Alex will assume the leadership role in the company," Roell added. "He brings a wealth of experience and knowledge about our businesses and the industries we serve, so I’m confident that he and the team will continue to build Johnson Controls’ global leadership positions. Most importantly, I also know that Alex will sustain the unique culture of the company in terms of our actions, values and commitment to our customers."

Molinaroli remarked, "Our company’s standard for excellence and culture of integrity were built by great leaders who preceded me. Being selected to steward this organization is an honor and privilege that I take very seriously."

He added, "Steve Roell has truly embodied all that is good about our people and culture, and he has been a great role model for all of us. On behalf of my colleagues around the world, I wish Steve and his wife Shelagh all the best in their coming retirement."

Molinaroli will become the ninth CEO in the company’s 129-year history.