Affinia Reports Improved Results for the Third Quarter of 2008 - aftermarketNews 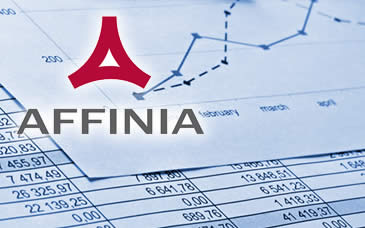 Net sales were $581 million for the quarter compared to $541 million for the same period in 2007. According to Affinia, the increase was primarily the result of a $34 million increase in sales in Commercial Distribution South America products, $20 million of which was attributable to favorable market conditions and $14 million was a result of favorable foreign exchange. Filtration product sales increased $6 million over the same period in 2007, primarily due to favorable foreign exchange on European sales. Sales in Brake & Chassis North America increased by $4 million compared with the same period in 2007, mainly as a result of higher demand for Chassis products. Offsetting these increases was a decline of $5 million in the company’s Commercial Distribution Europe business as compared with the prior year.

Gross profit for the third quarter was $118 million, as compared to $101 million for the same period in 2007, the highest level since the company was founded in 2004. Gross margin increased to 20.3 percent compared with 18.7 percent in the prior year, also a record for any quarter since inception. As a result of the improved gross profit, operating profit for the quarter was also at a record level of $33 million as compared to $23 million in the prior year period.

As of Sept. 30, Affinia had $40 million of cash. Long-term debt outstanding was $597 million, unchanged from June 30, 2008 and no borrowings were outstanding under the company’s receivables securitization program. Cash from operations resulted in a use of cash of $16 million for the quarter compared to a source of cash of $22 million in the same period in 2007. Cash used in investing activities remained unchanged at $5 million compared with the prior year. At Sept. 30, 2008 the company continued to be in compliance with all debt covenants.