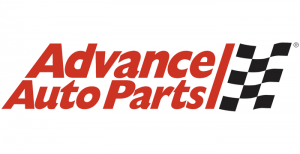 “Our second quarter results were not acceptable and we are moving thoughtfully and swiftly to make the necessary changes across a number of critical areas within the organization to alter the trajectory of the business and improve our operating performance,” said Tom Greco, CEO. “There’s a heightened sense of urgency and accountability throughout the organization and we are taking decisive actions to deliver near-term improvement with a focus on accelerating our commercial growth and improving our execution.”

Greco continued, “I continue to be energized by the immense opportunity for improvement. The actions we need to take are well within our control and we are focused on building the right foundation for the long term. We are hard at work constructing a comprehensive strategic plan, which will help us reliably and consistently deliver industry-leading performance and unparalleled customer service going forward. We remain confident in our business, our people and the opportunity that lies ahead to create long-term value.”

Total sales for the second quarter decreased 4.8 percent to $2.26 billion, as compared with total sales during the second quarter of fiscal 2015 of $2.37 billion. The sales decline was driven by the comparable store sales decrease of 4.1 percent, the store closures in 2015 and the effect of CARQUEST consolidations. The sales decline was partially offset by new store and WORLDPAC branch openings.

The company also announced that Robert “Bob” Cushing, who currently serves as president of WORLDPAC, has been promoted to the newly created position of executive vice president, commercial. In this new role, Cushing will report to Greco, and will oversee all of the company’s commercial operations, including Autopart International and continue to lead WORLDPAC.

“The consolidation of all of our commercial operations under one leader will enable us to implement a more holistic commercial strategy and enhance our ability to serve customers,” said Greco. “Bob is uniquely qualified to lead this effort. He has a proven track record of delivering results including establishing WORLDPAC as one of the premier import distributors of original equipment and aftermarket parts to commercial customers. Bob’s customer-focused approach, along with his expertise in developing an integrated e-commerce platform and leveraging technology to more effectively meet customer demands will be critical as we work to deliver improved results. We have valuable and distinctive commercial assets and I am excited that Bob will focus on using those assets to our competitive advantage.”

Cushing joined WORLDPAC via the acquisition of Metrix Parts Warehouse Inc. in 1999 and was named president in January 2008. Prior to serving as president, Cushing served as executive vice president, sales and operations for the U.S. and Canada WORLDPAC operations and its affiliates from 1999 to 2007. Prior to joining WORLDPAC, Cushing held executive-level sales, marketing and operations positions with Metrix, Interco and Robert Bosch Corp.

Opportunity Ahead 2022: The Alliance’s JC Washbish

Opportunity Ahead 2022: Advance Auto Parts’ Lauren Beaulieu
Connect with us