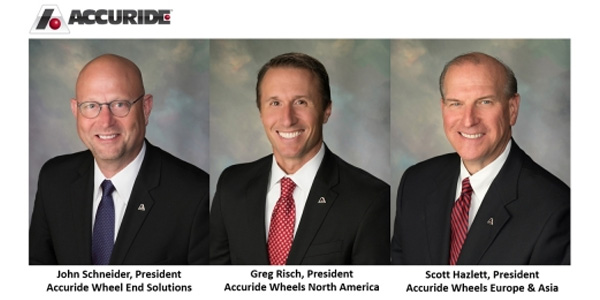 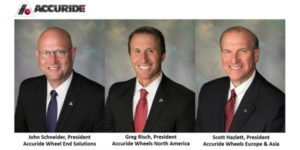 Accuride is consolidating its wheel end components businesses – the previously standalone Gunite unit and the KIC business it acquired in May 2017 – into a single new business unit, called Accuride Wheel End Solutions. John Schneider, who joined Accuride as president of KIC, has been appointed to serve as president of Accuride Wheel End Solutions. Products and technologies of this new business unit will continue to be marketed under the KIC and Gunite brands.

“These organizational changes and appointments better align our team to efficiently lead and operate Accuride following our acquisition of KIC, while supporting our continued global expansion initiatives, including completion of our pending acquisition of Mefro Wheels GmbH, which is now undergoing routine merger clearance review with appropriate authorities,” said Dauch.

Advertisement
In this article:accuride, reorganization
Print
Up Next:

Tenneco Says Its Walker Brand Is Among The First To Receive California Exemption For 125 Popular Light Truck, SUV Models