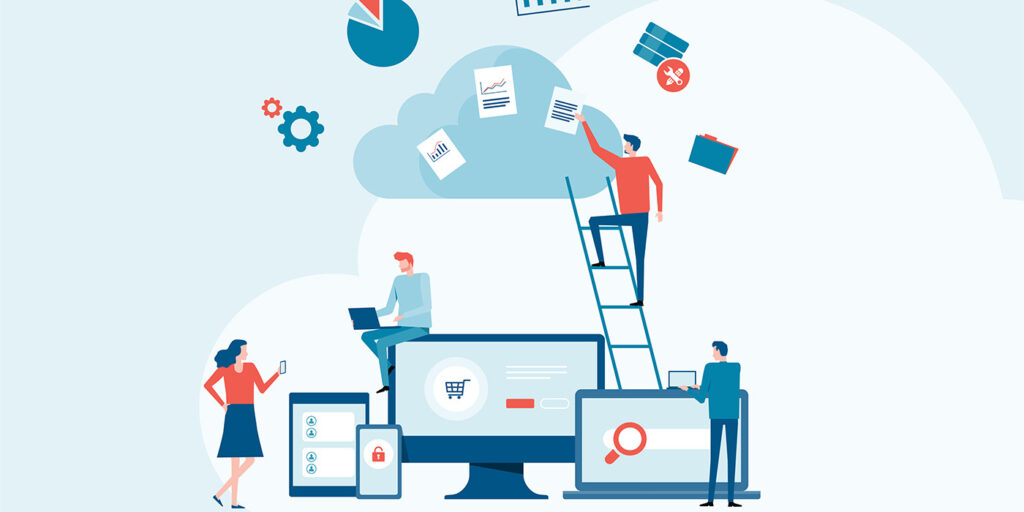 For more than 60 years now, computers have continued to become more and more powerful. About 30 to 40 years ago, if you had a big computing job, the computer power you would need would fill an entire room (or maybe a floor) with huge mainframes and roaring fans to keep them cool. Now, that same computing power can be produced by a laptop and the average chip in a smartphone can perform up to billions of calculations per second.

Moore’s Law Blown Away?
Moore’s law observed that the number of transistors in a dense integrated circuit doubled about every two years; in other words, the computing power doubled as well. Engineer Gordon E. Moore, one of the co-founders of Intel, witnessed this phenomenon and shared it with the world. The former CEO of Autodesk Carl Bass was able to more than eclipse that expectation with what he called “infinite computing” – the term he used to describe the ongoing progression of computing from a scarce and expensive resource toward one that is plentiful and free.

What Infinite Computing Buys Us
Remarkably, we can now simultaneously use 10,000 CPUs to solve the same problem, simultaneously exploring thousands of possible solutions, solving and optimizing in seconds. This additional computing power will afford us a whole new way to approach innovation.

Infinite Computing is Supporting the Advancement of AI
In the past five years, the field of AI has seen tremendous progress. Google-owned DeepMind has pushed the limits of Artificial Intelligence. Without human input in 24 hours, Deepmind’s AlphaZero achieved a staggering level of play in the games of traditional and Japanese chess games as well as Go. The sophisticated software easily defeated the previous world-champion program in each case. A process called “reinforcement learning” was responsible for this superhuman accomplishment. By playing repeated games against itself, the software identified winning strategies. Thus, we are now able to train human-surpassing AI models. AIs can now generate code, write stories, animate and even commentate cricket matches. What is powering this transformation?

Clouds Deliver Massive Data and Computing Power
Making a huge difference, clouds driven by Google, IBM, Microsoft, Amazon, Facebook and OpenAI give developers infinite computing power to approach a problem. In the past using one leading-edge device and using the highest-performing GPU ever built, a complicated processing job would have taken 355 years. By combining this infinite computing power of several suppliers, we are able to significantly grow capability.

Enter Quantum Computing
Now, imagine a system that can turbocharge that infinite capability, and we have Quantum Computing. Using the properties of the quantum world, it profoundly speeds up certain types of computation.

Now, Dear Reader, please bear with me as I do my best to demystify this area of science I had never bothered to understand before: Quantum mechanics is a fundamental theory in physics that provides a description of the physical properties of nature at the scale of atoms and subatomic particles. So, when I say, “quantum scale,” I mean “the scale of atoms and subatomic particles.”

The Value of Quantum Computing
According to researchers, at this quantum scale, individual particles can be in two forms at the same time, and anywhere in between, and the result is computers that can often deliver solutions to big problems a lot faster. As an example, in 2019 using a 53-qubit (quantum bits) computer, Google scientists solved a very specialized problem in 200 seconds that would have taken our most powerful supercomputers 10,000 years to solve. The scale is mind-boggling!

Now, for the Most Surprising Part
Until recently, most quantum computers were the size of server racks and had to be kept near absolute zero temperature. However now, Quantum Brilliance is working on a lunchbox-size, synthetic diamond-based room temperature quantum computer. With these kinds of advances in quantum computing, you may expect an almost unfathomable expansion of information-processing capability. Just one example: by 2023, IBM expects to reach 1,121 qubits with its Condor processor – a 17,000 percent increase from today. As IBM anticipates, that the Condor could be the product that commercializes quantum technology. I can only imagine what I might accomplish with machine learning at my fingertips!

Diamandis contemplates the Future of Computing
For entrepreneurs, this infinite computing delivers endless creative possibilities. Rather than building a computational infrastructure from scratch, people can now solve problems directly using the cloud. This Infinite Computation has already provided remarkable support in AI training. And not surprisingly, those particular AIs are now as smart as humans in their domains. Imagine a world in which AIs are the new interface to the computer, and computation is endless. Infinite computing eliminates the cost of making errors (by vaporizing the mistakes) and democratizes experimentation. We will be able to consider what used to be called “crazy ideas” and discover that they are, in fact, brilliant. Welcome to the new world of abundant computing.

Special thanks to Peter Diamandis and his newsletter. Diamandis has an extensive program for entrepreneurs. Learn more here. Also, I recommend a book by my fellow futurist Chris Ferrie, titled “Quantum Computing for babies.” It will bring a smile to your face and perhaps help you to understand quantum computing a little better.