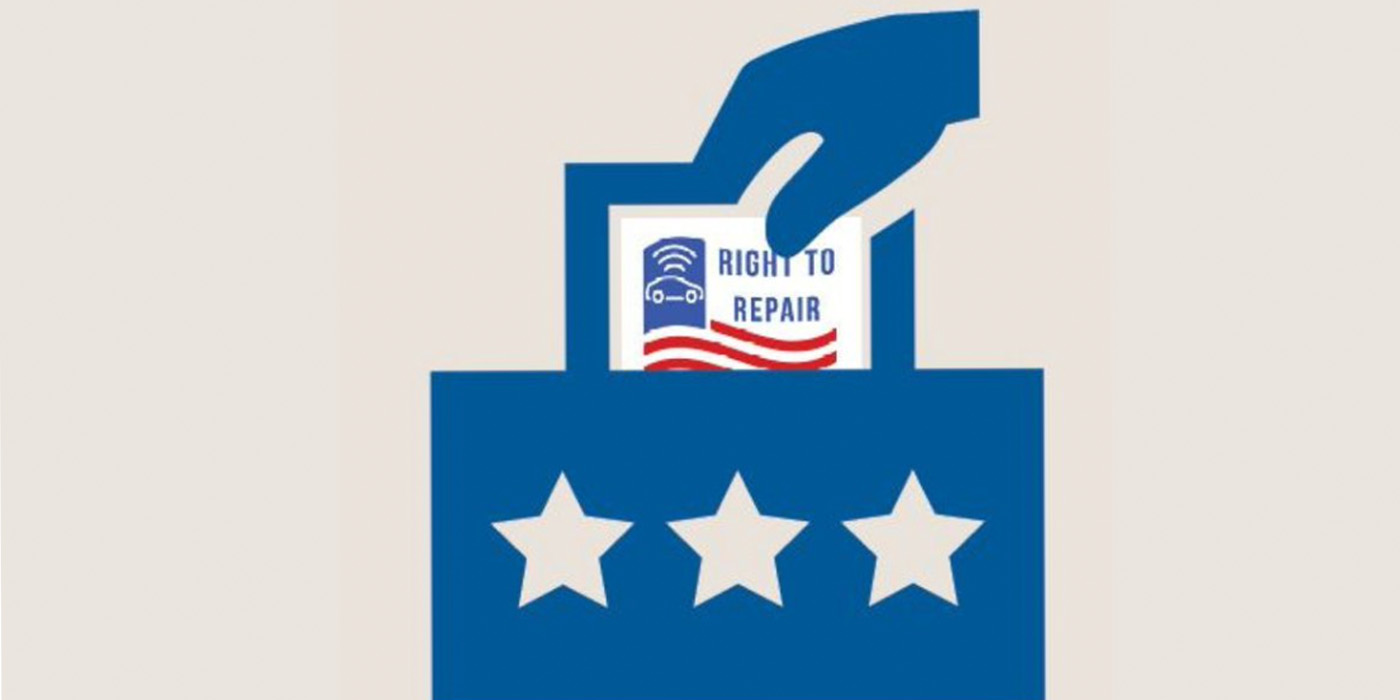 The Massachusetts Right to Repair Coalition joins AASP/MA in taking exception to the Alliance for Automotive Innovation’s lawsuit.

The Alliance of Automotive Service Providers of Massachusetts (AASP/MA) has shared the following official statement from Executive Director Evangelos “Lucky” Papageorg in response to the Alliance for Automotive Innovation’s Nov. 20 lawsuit against Massachusetts Attorney General Maura Healey in opposition to the recently passed ballot measure that revises the state’s current Right to Repair law:

“It is fair to say that the public once again made its position overwhelmingly clear on who should have access to the repair information regarding their vehicle. My personal opinion is that this is nothing more than an attempt to delay or usurp what is ultimately the right of the vehicle owner to be able to choose where and who fixes their vehicle with the needed information to do so properly and safely at a price they choose to pay. AASP/MA holds true to the fact it is and should remain the right of every vehicle owner to have the final decision regarding the repair of their vehicle.”

The ballot measure, which passed by more than 2 million votes on Nov. 3, aims to provide the Massachusetts independent automotive repair and service industry with greater access to OEM repair information. In its lawsuit, the Alliance for Automotive Innovation (which claims to represent “the manufacturers producing nearly 99 percent of cars and light trucks sold in the US”), argues that “[t]he extraordinary changes required by the law, combined with the standard industry lead time necessary to develop future model year vehicles, means that most members will be incurring substantial costs immediately in an attempt to comply with the law. And if an automaker cannot research, develop and implement the open-access, bi-directional platform required by the [ballot measure], then it could be subject to significant penalties for its vehicles sold in Massachusetts, whether directly through dealers or in the aftermarket.”

The Massachusetts Right to Repair Coalition joins AASP/MA in taking exception to the Alliance for Automotive Innovation’s lawsuit against Attorney General Healey.

“After spending $26 million only to be resoundingly defeated at the ballot box, the big automakers still don’t get it,” comments Coalition Director Tommy Hickey. “Their baseless, anti-democratic lawsuit attempts to thwart the will of the voters and their customers, who voted by a 75 percent majority for Right to Repair.”

Advertisement
In this article:AASP/MA, Massachusetts, Right To Repair
Print
Up Next: