While the headlines mostly focusing on the “Detroit 3” automakers these days, the auto industry’s current financial crisis is an issue that will have a trickle-down effect on the nation’s economy as a whole, and the supplier industry in particular. The editorial staff of aftermarketNews recently sat down for a quick “Q&A” on the subject with Steve Handschuh, president and COO of the Automotive Aftermarket Suppliers Association (AASA). Here, Handschuh elaborates on why this issue is so critical to the supplier industry and what must happen to stabilize the industry. 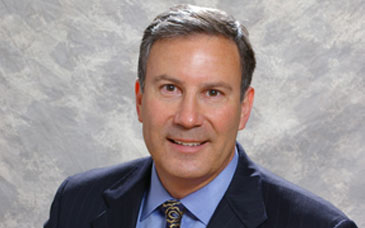 In late November, Congress postponed voting on a bill to provide financial assistance to automakers and suppliers, instead asking automakers to come back on Dec. 2 with detailed business plans demonstrating “accountability and viability.” In your opinion, what must these plans entail and do you think the industry can make a convincing enough argument?

The key points of the plan that is being presented to Congress are:
·    The automotive industry is a cornerstone of the nation’s economy. The industry includes many supplier, dealer and other key jobs in the state depend on financially healthy automobile manufacturers.
·    A healthy automotive industry is necessary to continue to build innovative, fuel-efficient and safe motor vehicles for the American public.
·    The current downturn in economy has drastically reduced the sales of all motor vehicles, which has severely and negatively affected the entire industry.
·    The normal channels of credit are not available and this credit crunch has impacts on dealers, suppliers and vehicle manufacturers alike.

In addition, our efforts are being coordinated with the Engine of Democracy [Editor’s Note: see related story in today’s issue]. Spearheaded by suppliers, many of which are members of AASA and its sister association, the Original Equipment Suppliers Association (OESA) and car dealers in all states, The Engine of Democracy will show the massive, nationwide support for the federal loans the automakers need to help ensure the national security of the United States, the continuation of a robust automotive manufacturing base and the economic well-being of the nation and its citizens.

A vote on the loan is anticipated the week of Dec. 8. AASA is urging its members to e-mail, phone and fax their senators and representatives throughout this week in support of The Engine of Democracy.

With all the focus on the “Detroit 3,” do you feel confident that the government will extend its support to the suppliers as well? What kind of support is needed and why is it critical for the supplier base?

Through our associations’ efforts in Washington, D.C., we are spreading the word that suppliers must be included in the final bill. The current circumstances facing the auto industry – including the lack of available credit and decline in vehicle sales – also directly impacts the supplier industry. As mentioned in the previous question, Congress must include suppliers in any auto industry financial assistance package or there will be dire consequences.

AASA members, the automotive aftermarket suppliers, have been very active on this issue in support of their fellow suppliers in the OE market segment. AASA also is endeavoring to open the lines of communication with the OEMs during this time as part of our continuing work to ensure that aftermarket service professionals have access to the repair information they need.

Cooper Standard Automotive Chairman James McElya (a MEMA member) last month testified before the House about the interdependent nature of the auto industry. He broke down the impacts in very specific terms, citing a Center for Automotive Research study that shows the collapse of a single vehicle manufacturer would cause the loss of more than 2 million jobs. Are you able at this point to quantify how that could potentially trickle down to the supplier industry?

As MEMA Chairman James McElya pointed out in his testimony before the House Financial Services Committee on Nov. 19, the impact of the failure of even a single U.S. carmaker would be devastating: more than 2 million jobs lost and an impact of more than $100 billion on our nation’s economy, according to the CAR study.

As the nation’s largest manufacturing employer, motor vehicle suppliers’ high wage, high skill jobs are critical to the industrial base of the country, and are located throughout the United States. Suppliers are the largest manufacturing sector in seven states: Ohio, Indiana, Kentucky, Michigan, Missouri, South Carolina and Tennessee. The loss of an OEM would dramatically affect the economies in these states and others where there are significant supplier facilities.

Any calculation of an OEM failure also needs to take into consideration the contributions suppliers make to today’s vehicles. Suppliers account for more than 40 percent of total automotive investment in research and development and continue to take on a greater role in the design, testing and engineering of new vehicle parts and systems – a role that is expected to grow significantly over the next five years. Supplier companies are not only becoming increasingly responsible for producing significant segments of motor vehicles but also are more likely to solely design and engineer those parts.

Finally, the impact would go far beyond the OEM and the suppliers. Every supplier job contributes an additional 5.7 jobs to local economies with a total of 4.5 million private industry jobs dependent on the motor vehicle supplier industry.

Without governmental assistance, what other options are out there? Can the supplier industry go to other nations that it works with – China, for example – and ask for their support?

Other nations are struggling with the global economic downturn just as we are in the United States. Japan, the world’s second largest economy, is in recession. The downturn has led to an announcement by the European Union that it is investigating an aid package for its automotive industry. The Chinese government recently rebuffed efforts by its automotive industry to seek financial aid.

But more importantly, the contributions made by the automotive supplier industry to our nation’s economy and the dire consequences we would all face if this sector breaks down warrants action by our own elected officials, not foreign investors. The motor vehicle industry literally is The Engine of Democracy and it deserves our government’s support.