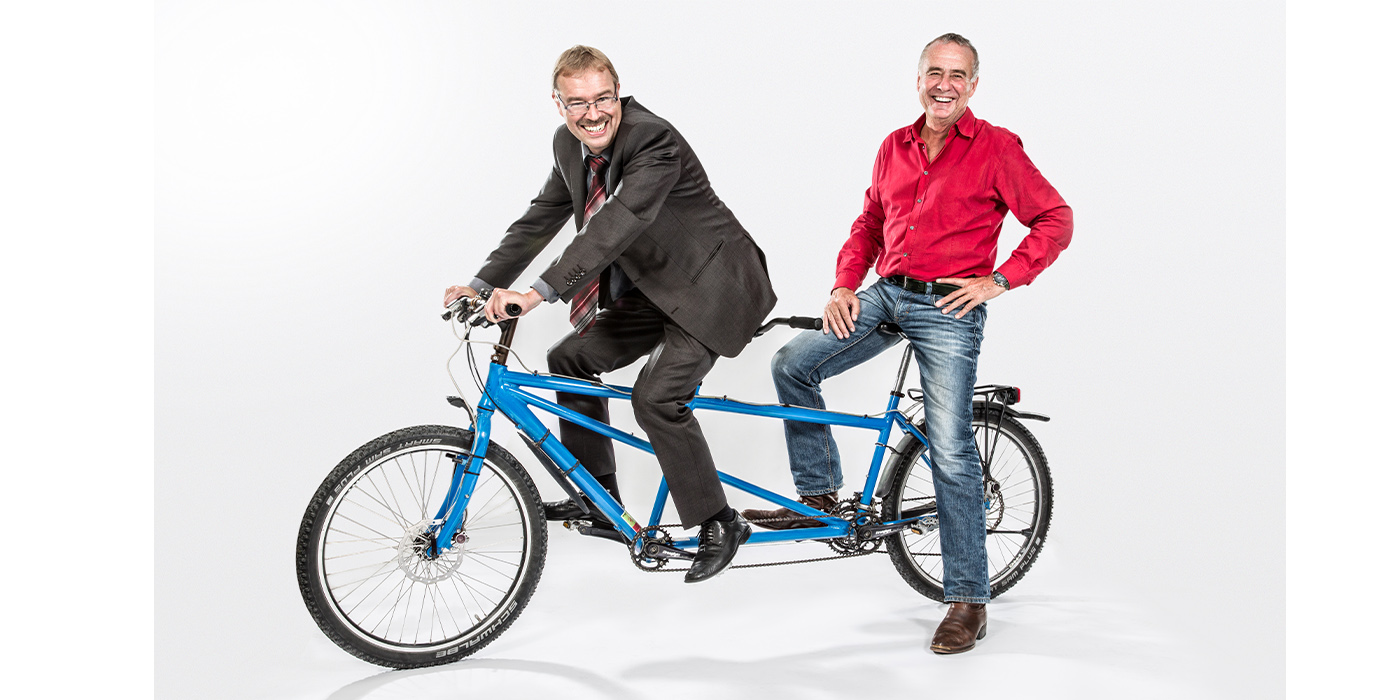 Ernst Prost and Günter Hiermaier celebrate their company anniversary with the German oil and additive specialist.

They made LIQUI MOLY what it is today. Thirty years ago, Ernst Prost and Günter Hiermaier joined the German oil and additive specialist and led the company to unprecedented heights. “30 years at the same company – now, that’s really something,” said Managing Director Ernst Prost. “There was always something going on in our shop. And that’s why time just flew by.”

The two men already knew each other before their time at LIQUI MOLY. At that time, Hiermaier was an apprentice of Prost. In 1990, they joined LIQUI MOLY: Prost as sales and marketing manager and Hiermaier as retail sales manager, Germany. At that time, the GDR was just experiencing the last hours of its existence before reunification. And LIQUI MOLY itself was a very small player in the industry.

Prost and Hiermaier rolled up their sleeves and tackled the job. And not only that: Step by step, Prost bought the company from its owners of the time. Since then, the world has changed, just like LIQUI MOLY. The small player has become a global brand and sales of EUR 55 million have grown to EUR 569 million. LIQUI MOLY is now active in more than 150 countries and has developed new business fields, such as motorcycles, boats and industry, in addition to its regular automotive business. Today, the former wallflower can be seen in the Formula 1 and MotoGP. LIQUI MOLY is considered the best oil brand of all among the readers of many car magazines.

In 2018, Prost sold LIQUI MOLY to the Würth Group in order to safeguard the future of the company even after his era, but remained on board as Managing Director. Hiermaier was also appointed Managing Director at the same time.

“It’s really amazing how quickly time passes when you can work with so many great colleagues every day and can build something together,” says Günter Hiermaier. “I am looking forward to many more successful years in our group of companies.”

Advertisement
In this article:Anniversaries, LIQUI MOLY
Print
Up Next:

A Successful Duo At LIQUI MOLY For 30 Years