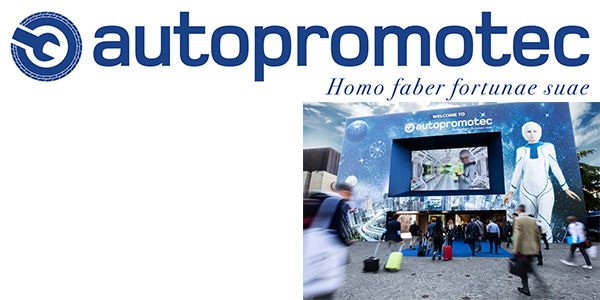 A survey of exhibitors sets the guidelines for the 29th edition of the international, biennial aftermarket trade show. More content to be offered during the four-day event in 2020.

To meet the needs of exhibitors and visitors, for the 29th edition of Autompromotec, scheduled for 2021, the organizers of the biennial international automotive aftermarket trade show have decided to introduce a series of changes regarding the duration of the event – going from five to four days, from Wednesday to Saturday – and the content of meetings and conferences during the fair. The decision to change the format after so many years came after a survey conducted among exhibitors and visitors who participated in recent editions.

For the overwhelming majority of respondents, limiting the number of days to four would make it possible to intensify business meetings and at the same time optimize companies’ resources and investments. As for content, more than half of the respondents identified the development of artificial intelligence, the Internet of Things, big data and nanotechnology as the trends on which the future of the automotive sector and its supply chain will be played out.

“A trade show is not just numbers but also comments and opinions of those who participate,” said Renzo Servadei, CEO of Autopromotec. “That is why we decided to contact exhibitors and visitors to gather suggestions for improvements in content and format for the next edition. The technological revolution we are witnessing in our sector is driving us to change, and at Autopromotec we must be the first to adapt. To paraphrase a great scientist: It is not the strongest species that survive, nor the most intelligent, but the ones most responsive to change.”

The 28th edition of Autopromotec saw a strong growth in its numbers. In fact, 1,676 companies chose the event as a showcase to present their products and services – often for the first time – an increase of 4.4% in the number of participating companies compared to the previous edition in 2017. Of these, the share of foreign companies present was 43%, for a total of 53 countries represented. The trade fair comprises 17 halls and five outdoor areas for a total exhibition space of 162,000m2. The event attracted 119,108 professional operators, a 4.85% increase over 2017, who had the opportunity to meet many companies specializing in all after-market sub-industries.

To stay up to date on Autopromotec and all related initiatives, visit the website at autopromotec.com.

Advertisement
In this article:Autopromotec, trade shows
Print
Up Next:

A New Format For Autopromotec 2021