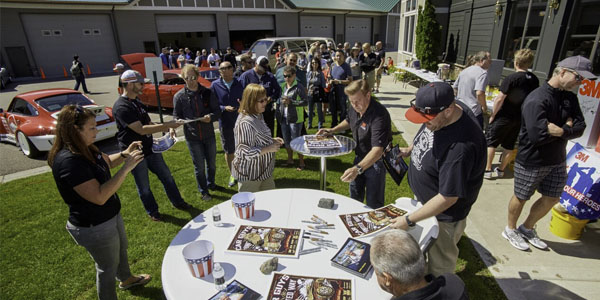 3M partnered with United Way in an effort to support Minnesota and the Twin Cities Community, where 3M was founded more than 100 years ago. 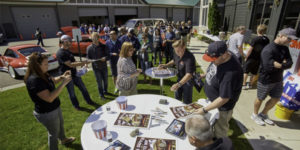 3M Auto hosted hundreds of like-minded car enthusiasts on June 23-24 at the AutoMotorPlex in Chanhassen, Minnesota, for “Car Guys for United Way,” a charity car show and live auction to benefit United Way. More than 200 people attended the show, including designer, Chip Foose, and car care expert, Barry Meguiar, both of whom met with fans throughout the event. Proceeds from ticket sales and the live auction raised more than $40,000 in donations throughout the two day event.

Many attendees brought with them their personalized show cars including a combination of American muscle and high-end European cars. An original Ford GT40 and a custom Rauh-Welt Begriff Porsche were just two of more than 100 cars on display. Several local businesses came down to support the event, including Lexus of Wayzata, who brought a new Lexus LC500 and LaMettry’s Auto Body Collision. In addition, MidWest Clear Bra showcased a custom 3M 1080 Film Series wrapped Mustang.

A variety of unique items were auctioned off during the event, including a host of 3M products, an autographed Joe Gibbs NASCAR helmet, two NASCAR Chicago Speedway tour tickets and the opportunity to watch Chip Foose hand-draw your personal vehicle, which sold for more than $2,200.

3M partnered with United Way in an effort to support Minnesota and the Twin Cities Community, where 3M was founded more than 100 years ago. In 2016, 3M was able to raise $15.6 million for United Way, and the Car Guys for United Way event displays the company’s effort to continue supporting the organization.

“We are extremely passionate about supporting the local Twin Cities Community and the United Way organization as a whole,” said Matt Davies, e-marketing specialist at 3M Auto. “3M was founded here in Minnesota and we are extremely proud of our roots and relish any opportunity to give back. We are continually looking for ways we can further support the community and events like Car Guys for United Way are an excellent way for us to not only raise money, but also allow us to host a fun event the entire community can enjoy.”

Advertisement
In this article:3M, United Way
Print
Up Next: