This year was the first time a Korean automaker has won; and the fifth time Ford has won the North American Truck of the Year. It is the third win for the F-150.

First presented in 1994, the annual awards are based on factors that include innovation, design, safety, handling, driver satisfaction and value for the dollar. Because the vehicles are new, reliability is not a factor.

The awards are unique in the United States because they are given by automotive journalists who represent magazines, television, radio, newspapers and websites instead of a single publication. Also, unlike some other awards, the awards are financed entirely by the jurors.

To be eligible, vehicles must be "all-new" or "substantially changed" from the previous model. This year the jury considered more than 50 model year 2009 vehicles and settled on 14 cars and 11 trucks that deserved to be on the ballot.

The winners were announced yesterday at a news conference at the North American International Auto Show in Detroit, however, the show does not give the awards and the voting does not take place there. 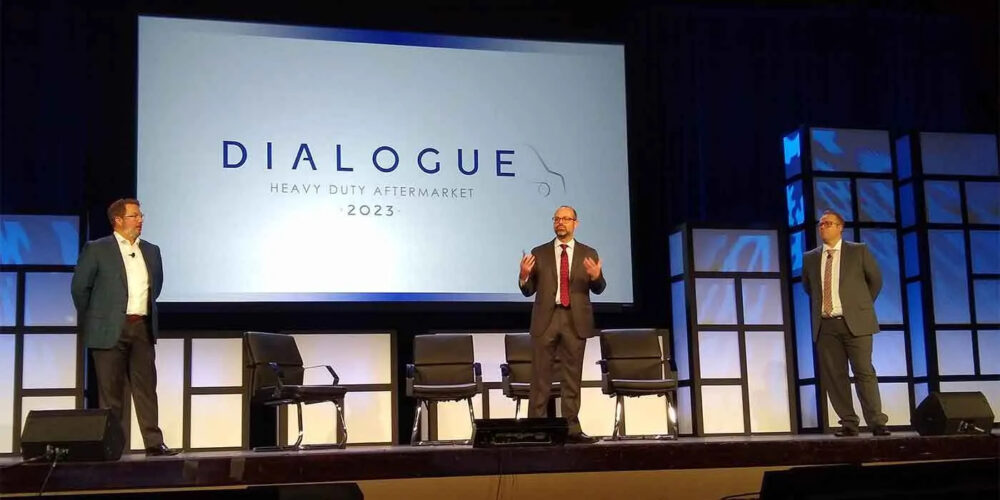 Fleet Equipment, a sister publication to AMN, is live on -ite at Heavy Duty Aftermarket Week taking place this week in Grapevine, Texas. FE Editor Jason Morgan is taking it all in and has shared some highlights so far.

Heavy Duty Aftermarket Dialogue (HDAD), hosted by MEMA and MacKay and Co., is the opening act for Heavy Duty Aftermarket Week. The event brings together heavy-duty vehicle suppliers, OEMs, and heavy-duty aftermarket participants to discuss the latest trends. Morgan caught some of the conversation – which includes talk about supply chain challenges, electrification, data and connectivity, logistics and more.